Prostitution - sanctions over the centuries | Read our blog!

Interesting article about the history of prostitution and sex working

It is often said that prostitution is “the oldest profession in the world,” well, it is bullshit, but that means that it is not new. Some people like to think that women have sold their bodies in exchange for food since prehistoric times. So, this means that escort girls exist for a long time. I see it as a flirtation, an offering, rather than prostitution, but I would like to revise my judgment if you have any info or links on this.

What we do know, and we are certain of it, is that from the earliest hours of antiquity, politicians and religion attempted to legislate on prostitution in order to control or prohibit it. The last law dates from 2016.

Antiquity, from freedom to sell oneself to punishment 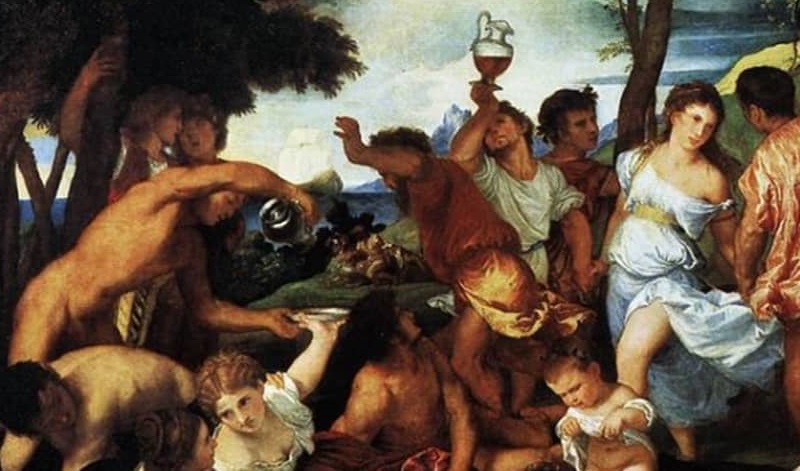 Far from wanting to ban prostitution in Mesopotamia around the fifth century BC, Herodotus wrote that there is a practice in Babylon that he considers shameful. Women must prostitute themselves at least once in their life to pay homage to the goddess of fertility. The process is well established. We can’t do it anyhow.

In antiquity they didn’t have so many opportunities like we have nowadays. Today, you just open your laptop, enter an Escort Service website, book an escort girl, and that’s it!

The woman enters Inanna’s temple and waits for a man to give her money and “unite with her inside the temple” to perform her duty. Only after prostituting herself, she can return home with the added blessing of the goddess. In Lydia, all the girls are made to prostitute themselves before their marriage (the idea of marrying a virgin is still a long way off) to constitute their dowry. In addition, they are free to marry whomever they wish. Families have no say. It’s pretty classy. Some decide never to marry and become courtesans. Others find themselves infertile and unable to find a family or integrate a household. They become or remain “public” women, earning their living through prostitution.

But beware, if, in Mesopotamia, it is a sacred action or at least wholly accepted in society, prostitution in the Greco-Roman civilizations is not so well regarded. However, during ancient Greece, prostitution was widespread, and it was not prohibited.

However, we try to control it, and above all, we do not mix moms and whores. Demosthenes wrote in the 4th century, “We have courtesans for pleasure, concubines to provide us with daily care, wives to give us legitimate children and be the faithful guardians of our interior.”

To find whores, it’s pretty simple. You have to go to the ports of the prominent Greek cities (like today around the stations and the main roads of circulation) or in low-cost brothels set up and authorized.

Indeed, these are state brothels whose revenues fall directly into the state coffers. Practice. On the other hand, prostitution takes several forms in Greece: there are the portal slaves (who often belong to the state and are found in the brothels of Solon), the independent, the hétaïres.

In Rome, there is a law against procuring but not against prostitution. A slave cannot, in theory, be prostituted by her master. Very difficult to control, and the law is relatively ineffective. Prostitutes of low status are used to soliciting in front of their homes, whereas you have to go to a brothel to find more qualitative and, above all, more discreet service.

From the 2nd century BC, prostitutes must obtain a license to practice (buy it), the state taxes the profession, and the public treasury is doing well.

With the arrival of monotheism, it’s dead, everyone wants to suppress prostitution, and the stigma appears quite strong.

The Old Testament, which corresponds to Christianity and Judaism, is evident on this subject. We can read in Deuteronomy (23,17), “There will be no sacred prostitute among the daughters of Israel, nor of sacred prostitute among the sons of Israel. Things are said, and if ever some women do not comply, penalties are provided in the Book of Kings, where King Josiah demolishes the houses of prostitutes. Indeed, prostitution represents infidelity towards the God of Israel.

In the Gospels (which only concern Christendom), whores do not have a good reputation, of course, but Jesus, in his great goodness, grants them salvation. According to Saint Matthew, the harlot can leave the status of the sinner by repenting. Is this the case with Marie-Madeleine? In the early days of the Catholic Church, the sanctions on prostitutes were more moral than physical. Still, over the centuries, the measures taken to suppress prostitution have become increasingly harsh. 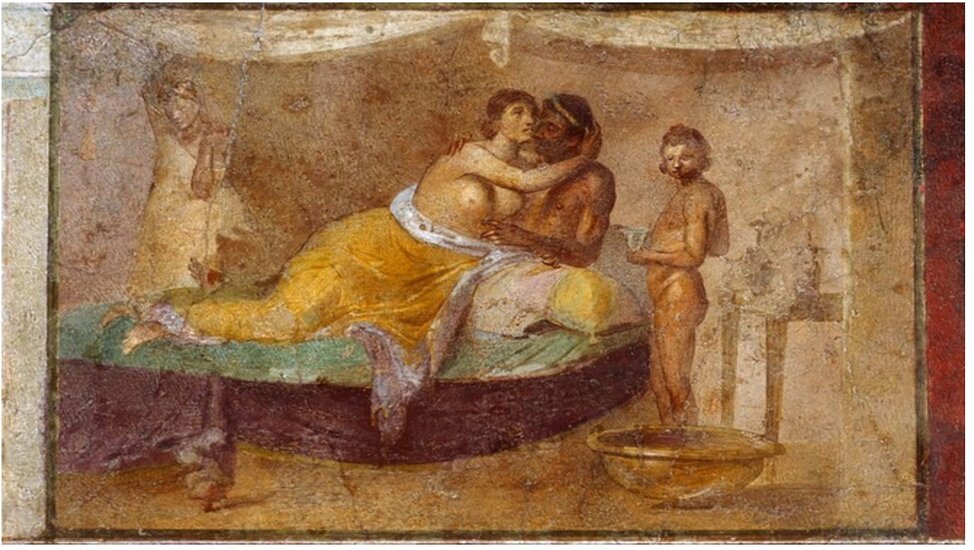 Until the 14th century, prostitution was not encouraged, but it was considered natural and made it possible to control the desires of men. It avoided forcing (rapes) and kidnappings. But it also allows them to be trained in the gestures of love (and that’s not a bad thing). The lords, whether they are secular or religious, take the opportunity to make a little dough. Yes, business is business, eh.

The authorized medieval prostitution is the “prostibulum publicum”. Brothels are run by abbesses or a tavern that pays heavy taxes to the municipality. The girls have to attract the men and then make them drink and eat, usually on the ground floor of a house or inn, and everything is at the customer’s expense. Then, if the man so desires and for a fee, he goes upstairs with the public girl, also called an abbey, of his choice. Girls have a rule to follow, like no fucking on religious holidays like Christmas, Easter, or Holy Week. In theory, according to the regulations, clients must be unmarried young men.

Girls who wish to prostitute themselves independently have many tips, such as finding themselves in suitable places such as steam rooms, these hot and humid places, where everyone is naked, or in bordelages, small private brothels.

Clients can then be married, old, and even both. The public girls are forced to different rules, already, the outfit, they must wear yellow and red stripes. You have to know how to distinguish whores from honest women, so the soliciting must be notorious. Finally, if a prostitute becomes pregnant, she has two options: get married and raise her kid or abandon her kid in a public hospital, but under no circumstances has she the right to raise her child while continuing to prostitute herself. Also, malignant, they practice interrupted coitus or anal and oral sex to take the least possible risks.

In 1254, Saint Louis, who, as his name suggests, is very pious, wished to ban prostitution with a prescription officially. In vain. No one believes it, and no one wants to apply it. The ordinance aims to eradicate prostitution by banning hotels and individuals from taking prostitutes into their homes (even against rent). Saint Louis wants to seize the goods and expel from the cities all the prostitutes of the kingdom. No need to say. It’s ambitious. But it was above all a failure because in 1256, that is, two years later, a new ordinance annulled that of 1254 and re-established prostitution allowing the reopening of brothels in certain streets.

With the Reform of the Church and the importance of Protestantism, the standards are changing again. Religious rigor wants to ban prostitution, and the moral pressure on the population works quite well in certain regions (the southwest, for example).

Another reason that prompted the authorities to take measures against prostitution was syphilis, which was wreaking havoc at the end of the 15th century! Also, in 1485, public girls could have their noses cut off but also branded with a hot iron with a letter P (like PUTE) on the forehead, arm, or buttock.

Mackerels have the same sentence, but with an M (like Maquerelle) or a fleur-de-lys. Charles IX, who is not a funny guy, maintains the prohibition and the humiliating and discriminating physical sanctions, with a royal edict which stipulates, “That all girls of joy and public women dislodge from our said court, in said time, under whip penalty and the mark (…).”

At the start of Louis XIV’s reign, it was not the big fiesta of prostitution, but on the whole, we tolerated it. Over the years, let’s remember that Loulou reigned for about 100 years (72 in theory, 60 actual years), things have changed. Since he rubbed shoulders with the Maintenon and saw his hour arrive, Louis XIV has been getting closer to the Church, its values, and its morals. He finds that prostitution has no place in his kingdom, and he orders by royal proclamation that all whores be imprisoned. Yes, all those caught in the act of soliciting are sent to the Salpêtrière or prison.

It is only when health workers, often priests and nuns, feel that the woman has become sane again and has repented that she can be released from prison or hospital. But in case of recurrence, we can cut off his nose or ears, like a century before. On the death of Louis XIV, Louis XV softened the measures a little. He tolerated prostitution and preferred to regulate the practice rather than prohibit it.

And for a good reason, the Loulou XV is a hell of a rascal, and if he does not frequent brothels, it is only because he has a panic fear of disease. He much prefers to enjoy his crowned head privilege for catching unposed virgin girls! On the other hand, Louis XVI agreed with Louis XIV, and again, the penalties against prostitutes were heavier. But still, history has not said its last word!

At the beginning of the 19th century, as I told you about in this article, prostitution was not prohibited, but it was highly regulated. Women must register with the prefecture as prostitutes to have the right to practice their activity legally. They are then documented and must undergo medical examinations every 15 days to pass venereal diseases on to half of the population. 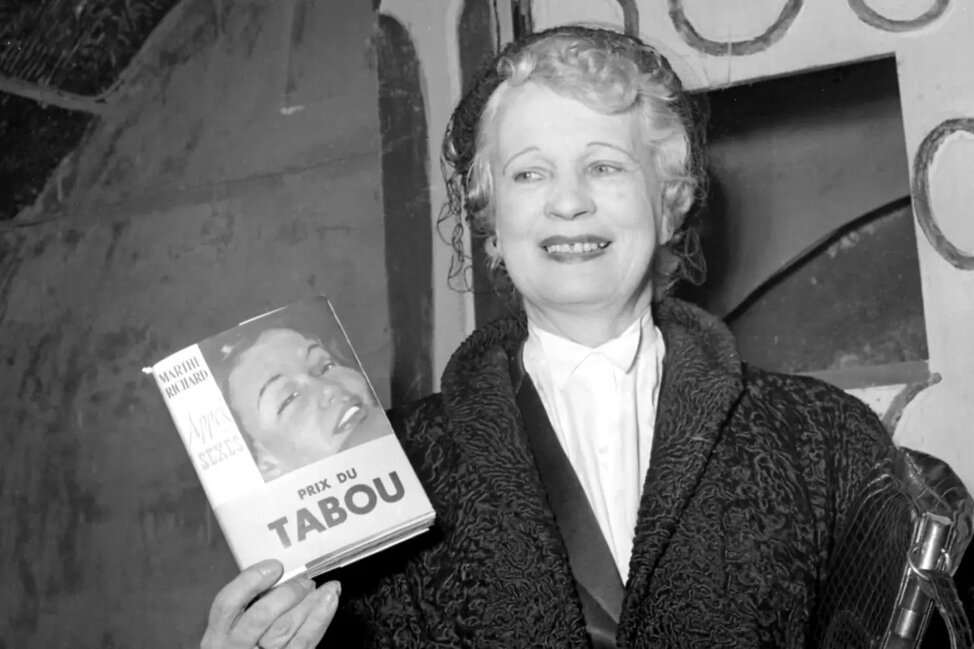 Eh yes. The brothels in France are all closing and we intend to fight actively against pimping. You should know that Marthe Richard was not a bigot stuck in the ass, no. She herself has experienced prostitution. By force.When she was 16, Marthe met a handsome Italian with whom she fell madly in love. He too, well, supposedly. He sees in Marthe Richard the opportunity to make a lot of money.

The guy sends the girl to a soldier’s brothel in Nancy, where she has to practice more than 50 passes a day until the moment she infects a soldier, she has syphilis, then we kick her out. She joined Paris, alone and without money, and then decided to prostitute herself in a somewhat classy brothel, then she met her husband, Henri Richer, in 1907. Marthe Richard then decided to fight against prostitution which, according to her, alienated women (more than it frees them) and corrupted society. In 1946, Marthe Richard, who became municipal councilor of Paris, made a bill to ban brothels.

From November 6, 1946, all brothels were to be closed. The state did not grant any compensation to the tenants. The policy is abolitionist. Moreover, street prostitution which is prohibited but widely practiced is seeing a change in regulations. The state decides to type where it hurts. From 1956, an ordinance changed the soliciting status from a misdemeanor to a ticket, so the penalty is financial, and if the girls spin more money in tickets than they earn, they will stop slapping. This is the idea. The state still needs to provide the means to fight solicitation. This is not the case, girls rarely get fines, and street prostitution is still very prevalent.

Prostitution laws vary from country to country and the jurisdiction of the same country. At one extreme, prostitution or sex work is legal and considered an occupation in some places, while at the other extreme, it is a crime punishable by the death penalty in other places.